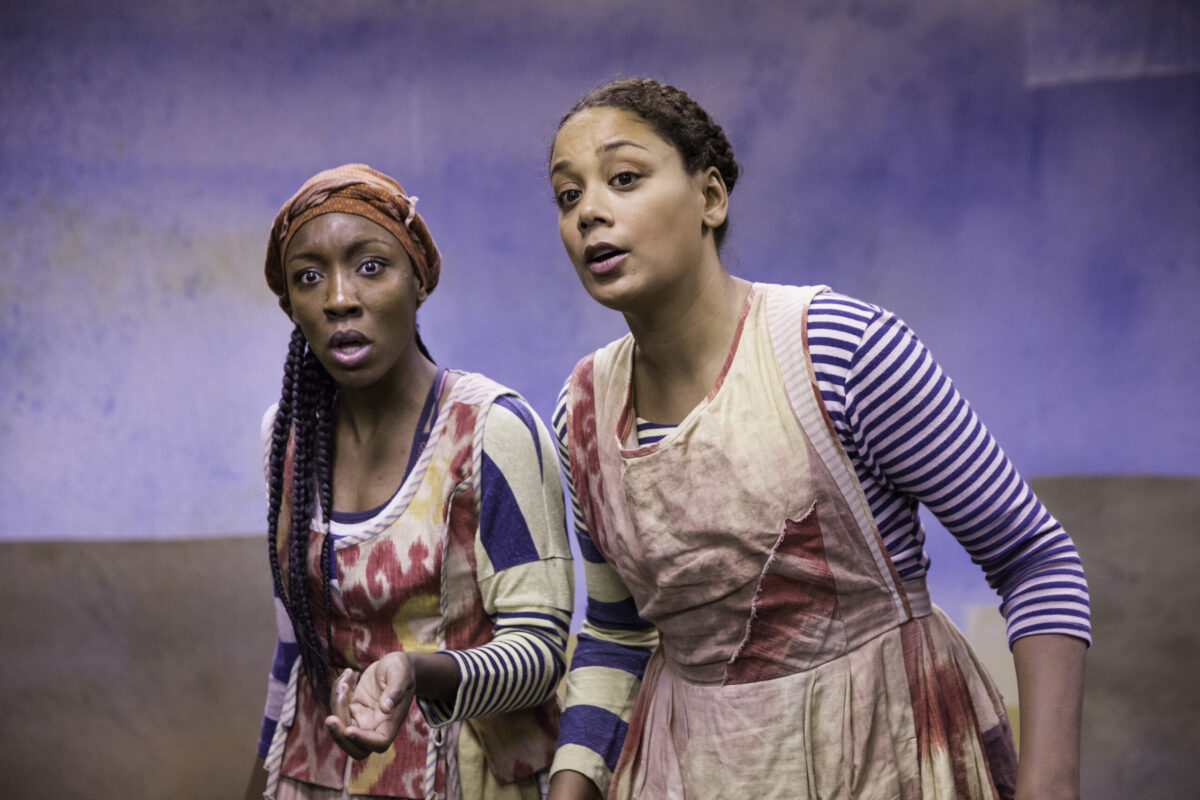 Credit: The Power of Harriet T, BTW in association with Carousel Players

The goal of this programme is to encourage theatre artists to present existing works and create new ones about cultural/ethnic diversity that will inform and stimulate audiences, engage them in a dialogue to improve understanding between the multi cultures, and assist in breaking down barriers that separate the multi cultures that exist in Montreal.

Priority will be given to the production, the writing or the translation of plays that give voice to those cultural communities, represented in Quebec, but not being heard in Montreal and in need of access to a wider audience.

Productions of Quebecois plays translated for an anglophone audience and productions of English Canadian plays translated for a francophone audience are eligible for grants. Past juries have pondered this issue and decided that the plays must show a dimension of the culture (historical or social, for example) that is unique to it and which will in turn broaden the perspective of the audience.

Grants will be awarded to professional theatre companies and through them to playwrights and translators with whom they have entered into a contract for the commissioning, translation and performance of an original script.  The financial assistance granted is not allocated for an advance or compensation in respect of royalties or residual rights.  Rights to the final product remain the property of the author.

Up to $25,000 Production Grants and up to $10,000 Commissioning/Translation Grants are available for each production.  Payments would be made as follows: 90% of the Production Grant at the beginning of the rehearsal period and 10% after the show closes and upon receipt of an artistic and financial report on the project; 50% of the Commissioning/Translation Grant upon the start of the writing process, 25% upon acceptance of the first draft, and 25% on Opening Night.

A credit of the Cole Foundation’s contribution to the project must appear in printed programmes, publications, broadcasts and in any other media disseminating the work. For commissions and translations, this credit is to appear in perpetuity.

If a substantial change is made to the project or to its work schedule, the Cole Foundation must be immediately contacted to make the appropriate arrangements.  Should the artist/theatre company fail to comply with this condition, the Cole Foundation reserves the right to demand repayment of the grant.

Theatre companies that cater to young audiences and/or adult audiences are equally eligible.

The programme is reserved for theatre companies based in Greater Montreal. Applications from Montreal-based companies wishing to co-produce with companies outside Montreal are eligible.  While some companies may tour, there must be performances in Montreal of the production granted financial assistance.  Final payment of grants will not take place until after the date of the Montreal performances and the artistic and financial reports have been received.

All plays must be written, translated and produced primarily in either the French or English language.

Theatre companies must be recognized as ‘professional’.  The artists are paid for their services, the companies have a history of past performances, and the standard of performance is recognized by theatre community peers.

The Cole Foundation is not an arts council.  It does not give operations grants.  The awards are project-specific and the jury is asked to consider the nature and strength of the inter-cultural content in the play as well as the quality of the production values.  Grants do not exceed 25% of the total budget and due to the great demand, rarely reach this figure.

All theatre companies must be not-for-profit and be able to provide a tax receipt for the amount of money directed to it.  If young companies do not have charitable tax status, they may consider applying to the “Parrainage Fiscal” program at Le Conseil des Arts de Montréal.  As an alternative, some larger companies have acted as a mentor to younger companies, and have processed grants this way.  This must be documented by a letter accompanying the application form.

Applications will not be considered from companies which have received grants in the past, have completed their project, but who have not yet sent in their final artistic and financial report.